Comandi is a web based management dashboarding application sold as a service to companies and accountants. My involvement in this project started in the earliest stage when it was just an idea. I have developed a working proof of concept to verify the idea and subsequently delivered the first release which could be used in the pilot phase.

This initial version consisted of an admin panel to add licenses/companies. It was able to parse an XAF audit file generated from bookkeeping software, process it, and import the processed data into its own database. Clients could then log into the application and view their data using different graph modelling, data periods, and benchmarking/comparison options. Ledger accounts could be merged into groups and viewed starting from the very top and zooming in all the way to the analysis of a single account. 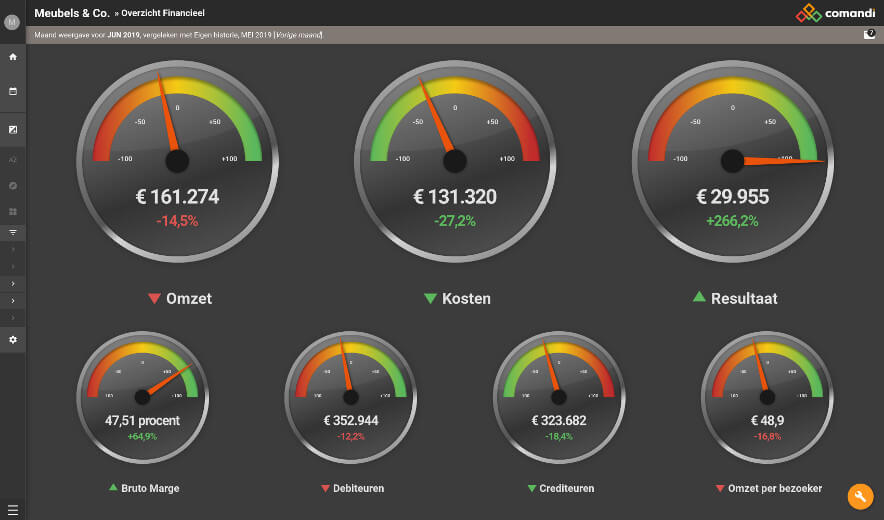 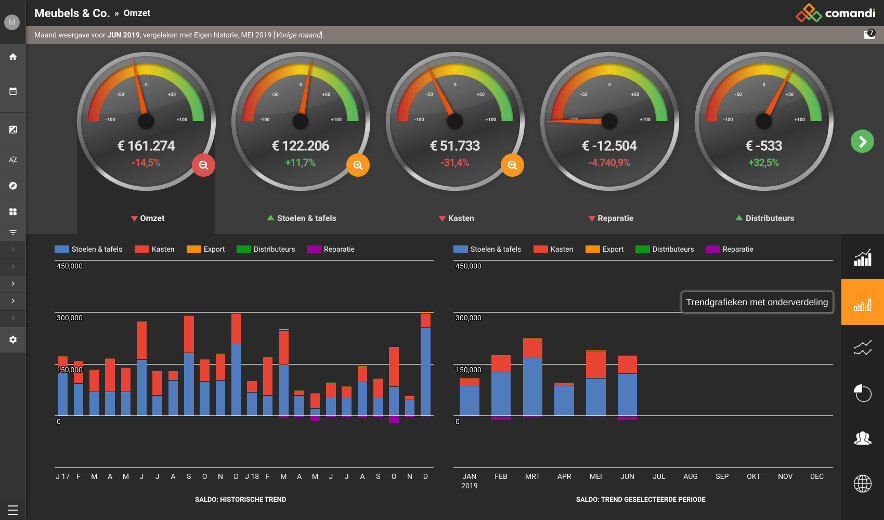 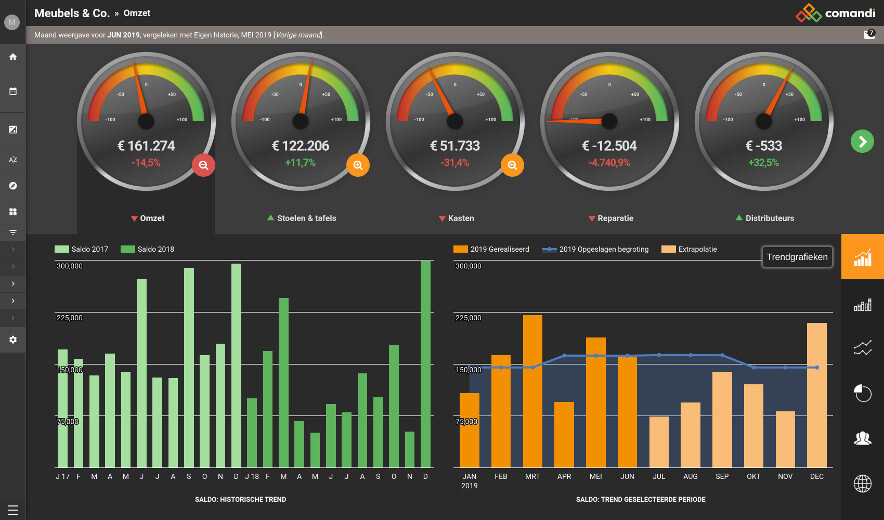 Over time I have added more and more features as the company grew. Those include fully automatic data imports from a wide array of both online as well as offline systems related to bookkeeping, point-of-sale, and analytics data. A few examples: Twinfield, Exact Online, Exact Globe, Skyguide, Unit4, and Eijsink. The dashboard itself has been extended by me with support for multiple data dimensions (such as cost centers or employees), Microsoft Excel import and export, scenario planning and cashflow analysis module, both standard as well as user editable KPI's, budget data, custom homepages and widgets, and support for multilanguage user generated content for international companies.

Nowdays thousands of companies are connected, it is used by more than 35.000 users, and 200+ million API calls are executed every day. Even though multiple developers are now working on it full time in-house, almost all of the functionality developed by me is - as of 2020 - actively being used (including the design of the database and data fetching functionality which were able to scale well to hundreds millions of datapoints).

Are you interested in working together? Let's get in touch!